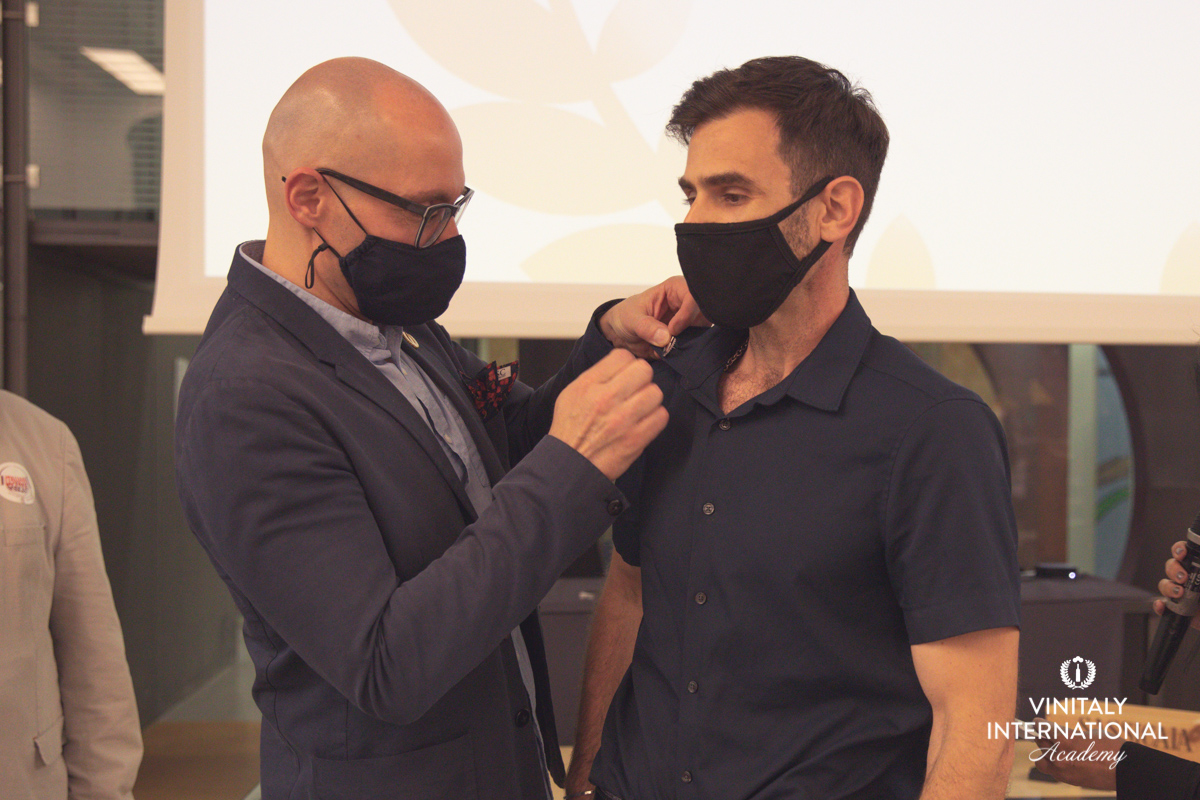 SAN LUIS OBISPO — Federico Casassa, associate professor of enology in Cal Poly’s Wine and Viticulture Department, was named an Italian Wine Ambassador by Vinitaly International Academy — making him one of only 240 such ambassadors in the world today.

Casassa, who has taught winemaking since his arrival at the College of Agriculture, Food and Environmental Sciences in 2015, sought the certification to broaden his knowledge of the diversity of Italian wines. His scholarly research, which is assisted by his undergraduate and graduate students, focuses on wine chemistry and biochemistry and on the chemical and sensory aspects of winemaking, particularly in red wines.

“We live in a global world, and our students need to be exposed to the broadest possible array of aspects of the wine industry,” Casassa said. “Europe was the cradle of modern winemaking, especially Italy. Tasting and understanding wines produced using Italian native varieties and following techniques that are not necessarily applied here in California will enable me to incorporate (and perhaps experiment with) some of these techniques and approaches to my winemaking classes to enhance student learning.”

To date there are 239 certified Italian Wine Ambassadors representing 38 countries who have graduated from the Vinitaly International Academy (VIA), and 15 who have also gained the highest level of certification, Italian Wine Experts. Since its founding in 2014, more than 600 candidates from around the world have taken VIA’s courses. Only about one in three who take the course pass the final exam to acquire the certification.

In June Casassa was part of a group of 67 who attended a series of practical sessions in Verona, Italy. The students were exposed over four consecutive days to about 155 wines that are considered benchmarks of the most important appellations, or Italy’s formal grape-growing areas, from the island of Sicily at the foot of Italy, north to Valle D’ Aosta, an area in the Italian Alps known as much for mountaineering as for its top-quality DOC-label wines. The exam included 100 multiple choice questions, two short essays, a video lecture (prepared in advance) and a blind tasting of two wines.

“Obtaining the certification opens the door to network or connect with producers that you would not have access to otherwise,” Casassa said. “Meeting them face-to-face allowed me to see their reality, experience their methods of production, and taste their wines. I can now procure some of these wines and teach them in my sensory class and incorporate new winemaking techniques to both my research and teaching efforts.”

Casassa has helped establish Cal Poly’s Wine and Viticulture Department — the nation’s largest undergraduate program with 300 students — as a key research hub in the Golden State. He earned his doctorate in food science from Washington State University in 2013. He obtained master’s and undergraduate degrees in viticulture and enology from the Universidad Nacional de Cuyo in Mendoza, Argentina, in 2007 and 2004 respectively.

Cal Poly is a nationally ranked, comprehensive polytechnic university. The university’s College of Agriculture, Food and Environmental Sciences is composed of expert faculty members who take pride in their ability to transform academically motivated students into innovative professionals ready to solve the complex challenges associated with feeding the world in sustainable ways. Students have access to state-of-the-art laboratories, including ranch land, orchards, vineyards, and forests — all of which provide the basis for Cal Poly’s Learn by Doing methodology. It is the fifth-largest college of agriculture in the country, with 4,000 undergraduate students.

Vinitaly International Academy (VIA) aims to be the gold standard of Italian wine education. It offers a complete educational path with standardized courses that will teach professionals and educators to master the diversity of Italian wine in a rigorous, organized manner. VIA’s main objective is to foster a global network of highly qualified professionals such as Italian Wine Ambassadors and Italian Wine Experts; in turn, they will support and promote Italian wine throughout the world. VIA was founded by Stevie Kim, managing director of Vinitaly International, the strategic partner of Vinitaly, the largest wine and spirits exhibition in the world held annually in Verona, Italy.