SAN LUIS OBISPO — The Cal Poly ROTC took first place at the regional 2018 Ranger Challenge at Camp San Luis Obispo on Oct. 27-28, advancing the cadets to the next competition at Joint Base Lewis-McChord, near Seattle, Washington, in January to compete against the University of Hawaii and the University of Montana.

This is the first time in six years that the Cal Poly ROTC team has advanced to the next stage of the competition.

“The amount of effort put forth by the cadets this year has been incredible, and the results bear testimony to their mental and physical toughness,” said Capt. Dominic Senteno, the team’s cadre advisor.

In January, Cal Poly cadets will compete against the winning ROTC programs that triumphed over all other schools with programs in California, Oregon, Washington, Alaska, Hawaii, Guam, Idaho, and Nevada. The winner of that event will advance to the Sandhurst national competition at West Point in April.

Cal Poly ROTC hosted the regional 2018 Ranger Challenge at Camp San Luis Obispo. This event is physically and mentally demanding, focusing on the tasks that cadets will need during their careers as Army officers. The mission is to challenge cadets’ mental and physical toughness and to develop leadership while fostering teamwork and esprit-de-corps. Teams participated in graded and timed events.

Participation in Ranger Challenge offers cadets an opportunity to learn and practice skills beyond those instructed in class and during labs. Events included: an obstacle course; weapon qualification using the M-16 rifle; crossing the Chorro Reservoir in Zodiac boats; leader reaction course; day-and-night-land navigation; calling for and directing artillery; and moving/treating a casualty during a chemical attack — all while carrying 35-pound ruck sacks. Between each event the teams were required to “ruck march” a total distance of 12 miles. 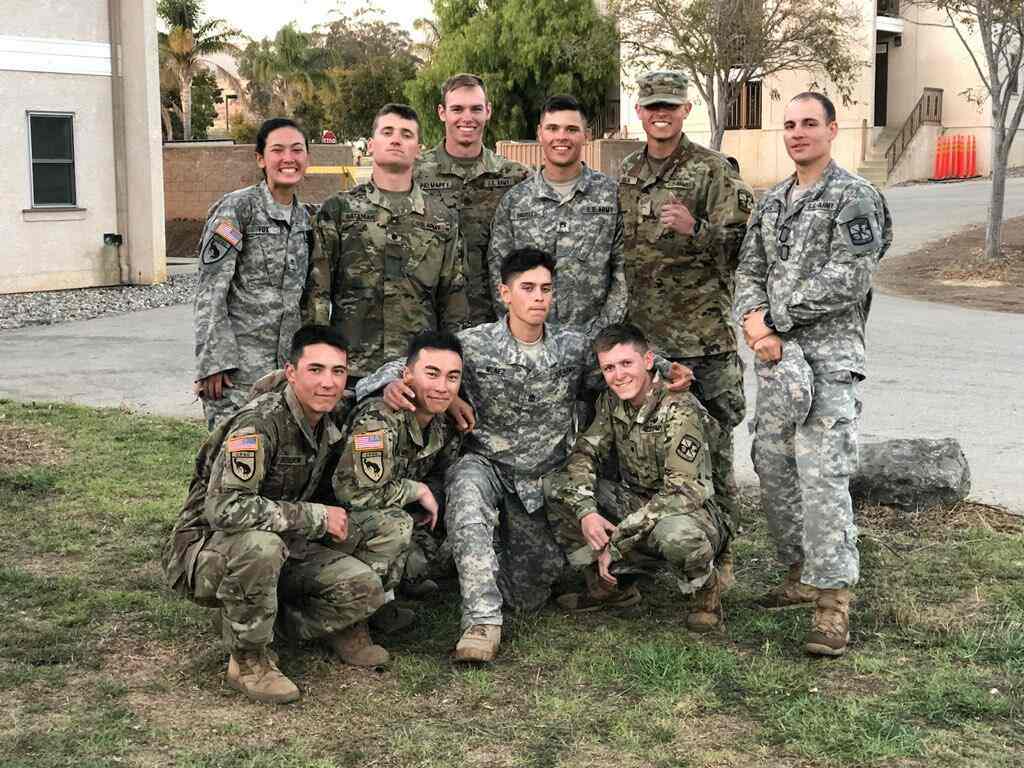