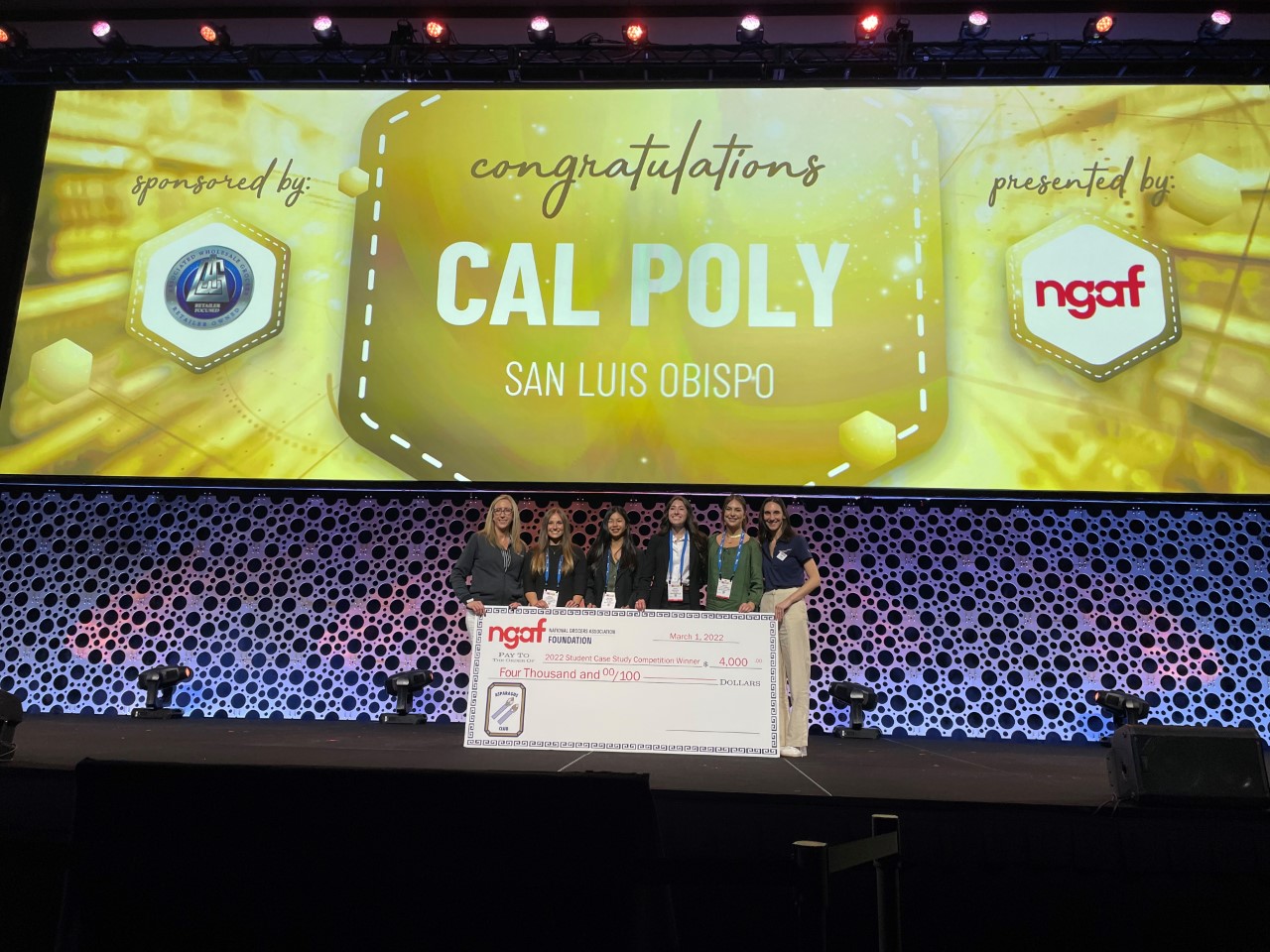 Tran said the opportunity to represent Cal Poly at the national level was something she had dreamed of since her freshman year.

“It was surreal to pitch an idea we had worked countless hours on and meet passionate members of the industry,” Tran said. “I couldn’t be prouder of how far I've come as a student at Cal Poly and of my team and what we've accomplished.” 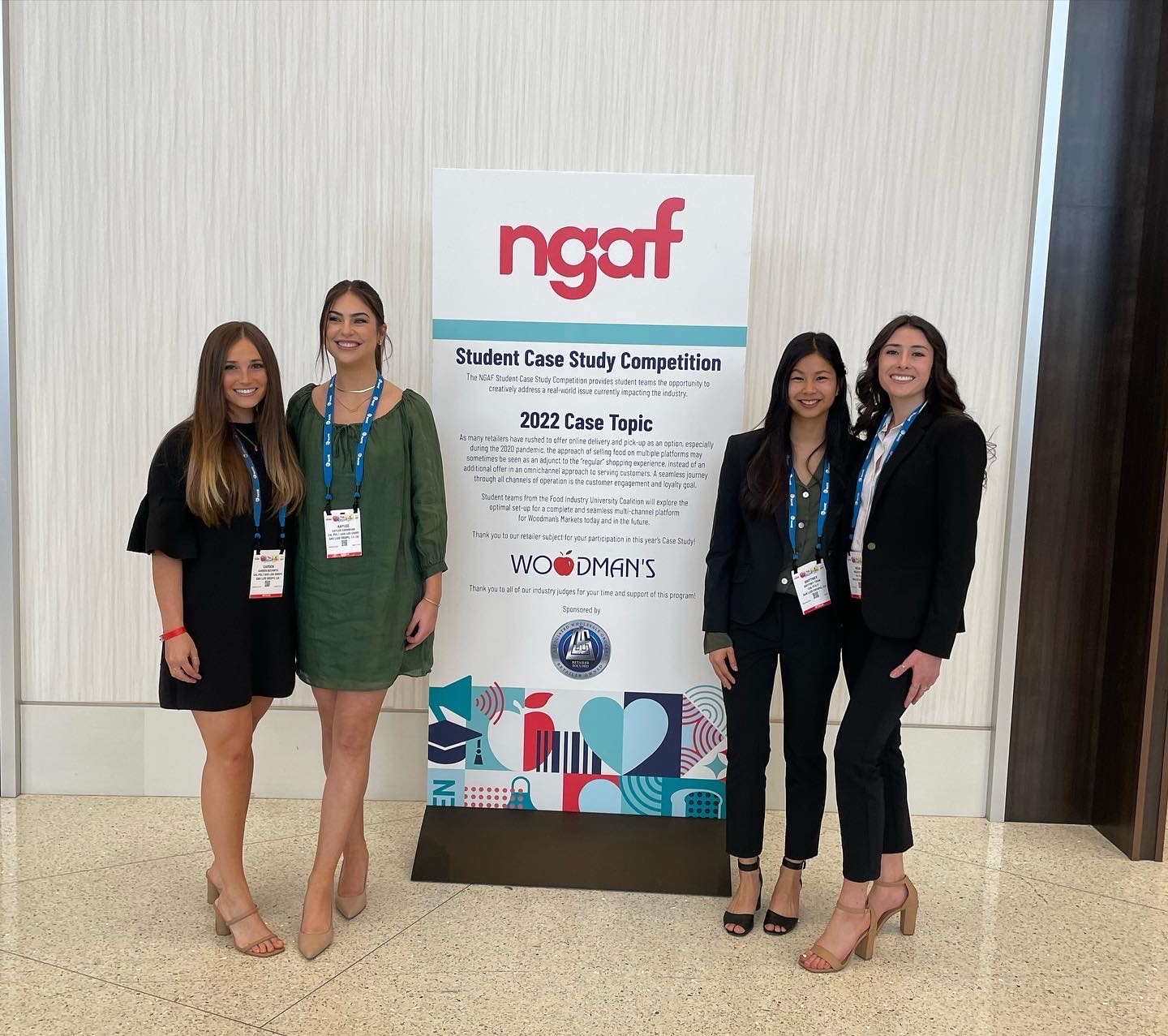 This year’s competition focused on providing solutions for Woodman’s, a 19-store independent supermarket chain operating in Wisconsin and Illinois. Woodman’s was seeking ideas for improving its e-commerce presence and better utilizing customer data.

The National Grocers Association (NGA) hosted the annual competition, which returned to an in-person format in Las Vegas, Nevada, after using a virtual platform in 2021 due to COVID-19. Each year, the NGA Foundation selects an independent retailer and a pressing industry issue to use as a subject for the competition. The competing schools are all members of the Food Industry University Coalition, which has programs that relate directly to the food retail sector. After months of research, student teams presented their findings to a panel of judges, executives from Woodman’s, and NGA Show attendees.

“Coaching and advising this amazing team throughout the quarter and during the competition was such a great experience,” Volpe said. “The NGA show is one of my favorite events of the year, not just because the competition but also because our students get the chance to see the grocery industry in action and to network. This really was a big win for Cal Poly, and I am so excited to see what next year brings.”

About Cal Poly’s College of Agriculture, Food and Environmental Sciences
Cal Poly is a nationally ranked, comprehensive polytechnic university. The university’s College of Agriculture, Food and Environmental Sciences, cafes.calpoly.edu, is comprised of expert faculty members who take pride in their ability to transform academically motivated students into innovative professionals ready to solve the complex challenges associated with feeding the world in sustainable ways. Students have access to state-of-the-art laboratories, including ranch land, orchards, vineyards and forests, all of which provide the basis for Cal Poly’s Learn by Doing methodology. It is the fifth-largest college of agriculture in the country, with 4,000 undergraduate students.

NGA is the national trade association representing the retail and wholesale grocers that comprise the independent sector of the food distribution industry. The independent grocery sector is accountable for close to 1% of the nation’s overall economy and is responsible for generating $131 billion in sales, 944,000 jobs, $30 billion in wages and $27 billion in taxes. NGA members include retail and wholesale grocers, state grocers associations, as well as manufacturers and service suppliers. For more information about NGA, visit www.nationalgrocers.org.