Rooted in Our History – Cultivate Fall 2019 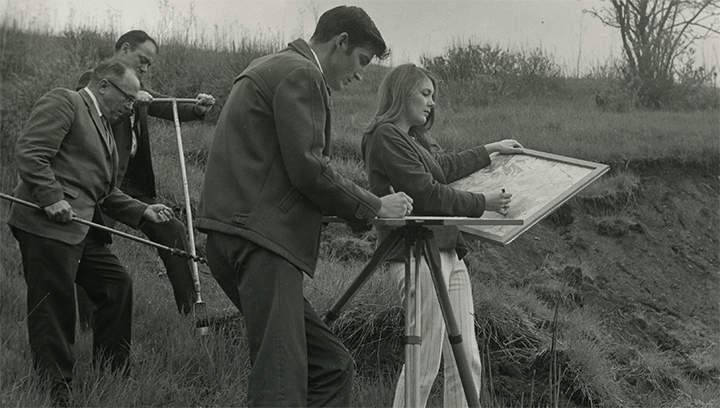 Senior Projects: A capstone of the Cal Poly experience

The senior project, the culminating capstone project for all Cal Poly undergraduates, has its historical roots firmly planted in the College of Agriculture, Food and Environmental Sciences (CAFES). As early as 1925, students in Cal Poly’s agricultural programs participated in the “project system,” which provided them with practical management experience on the campus farm while earning money for school expenses.

When the school administrators began offering four-year baccalaureate degrees in 1941, they made sure to incorporate the elements of the project system into the required curriculum, in the form of a 5,000-word “senior thesis.” By 1953 it was renamed to “senior project,” a more accurate term that focused on the nature of the assignment, heavily influenced by the agriculture program’s project-system philosophy as well as Learn by Doing.

Today, more than 75 years later, the senior project remains a requirement for all undergraduates. In CAFES, the work students do in their senior projects often has a direct impact on the college and the university at large. Students have the unique opportunity to use Cal Poly’s agricultural facilities as their laboratory — from the orchards and fields to Poly Canyon, from the greenhouses to the poultry unit. Many senior projects lead to programs or products that are still flourishing today both on and off campus.