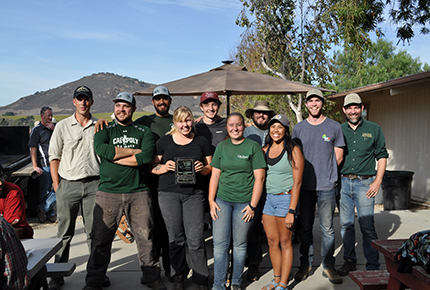 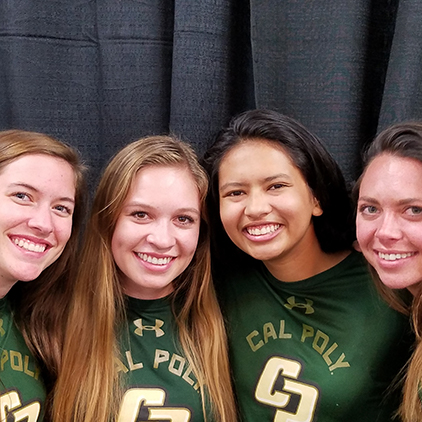 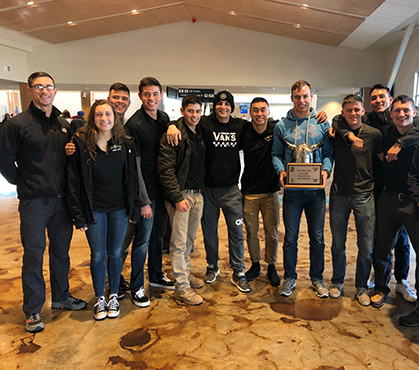 The Cal Poly ROTC took first place at the 8th Brigade’s Best Ranger Challenge in January at Joint Base Lewis-McChord, near Seattle, Washington, advancing the team to the national Sandhurst Military Skills Competition at West Point in April. The Cal Poly team competed against the top teams in the western region, including teams from the University of Montana and the University of Hawaii. The team previously won first place at the regional 2018 Ranger Challenge at Camp San Luis Obispo in October, marking the first time in six years that the Cal Poly ROTC team has advanced to the next stage of the competition. 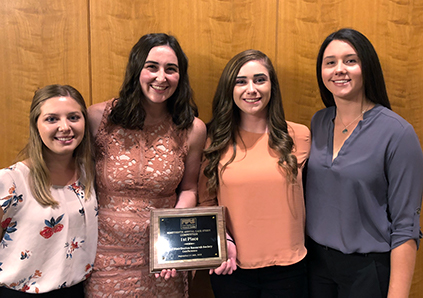 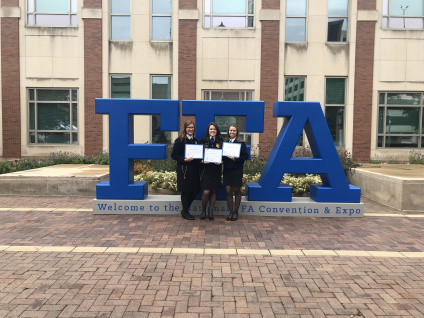