Rooted in Our History - Cultivate Fall 2020 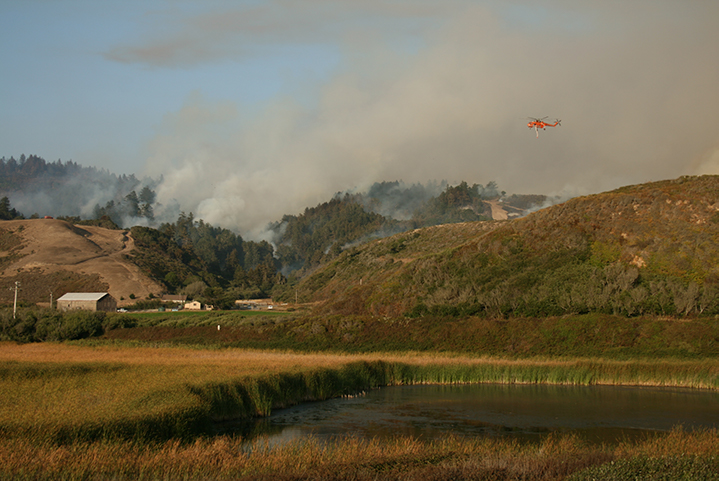 Fire has played an important role in shaping the ecological landscape of Swanton Pacific Ranch. For thousands of years, the Amah Mutsun Tribal Band used fire to manage the grasslands and chaparral of the area. When Spanish colonizers arrived in the 1790s, they entered a landscape adapted to frequent fire, but failed to recognize the importance of burning in maintaining a healthy environment. Instead they imposed agricultural and grazing land uses and restricted the use of fire. Mexican ranchos continued grazing practices after the secularization of the missions in 1834. After statehood, both land ownership and land use changed to include grazing, timber harvesting, agriculture, industrial uses and damming for hydroelectric power. Fire continued to play a role in shaping the landscape, as records indicate that loggers and homesteaders used fire as a tool for clearing land for agriculture and easing extraction of timber. However, as more land was settled, wildfire was increasingly viewed as a threat to industry and property.

Only a few major fires were recorded in the area of Swanton Pacific Ranch in the 20th century. In 1904, a fire burned through the area, destroying a flume that was part of the waterworks of the hydroelectric dam on Big Creek. Anecdotally, the 1906 San Francisco earthquake and fire may have had an impact by generating demand for fire-resistant redwood as a building material. Regardless, the redwoods were clear-cut between 1909 and 1921. In 1948, the Pine Mountain Fire burned approximately 16,000 acres.

Not until the 2009 Lockheed Fire, 61 years later, did the area experience another major fire. More than 7,700 acres were burned, including more than 1,000 acres of Swanton Pacific Ranch. The Lockheed Fire presented an opportunity for students to study the effects of fire on the landscape and would prove to provide important practical lessons for responding to the CZU Lightning Complex Fire.