Alumna Jody Watty: For the Joy of the Sport 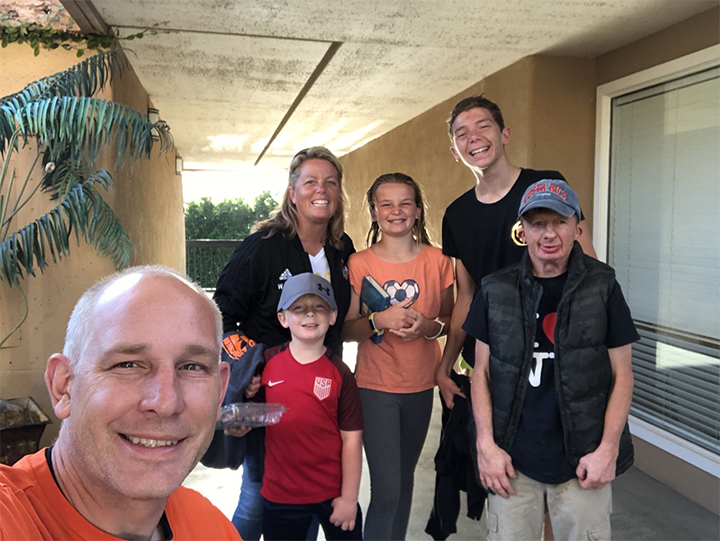 Alumna Jody Watty (Recreation, Parks, and Tourism Administration, ’97) has long been passionate about working with and for people with special needs. While growing up in Thousand Oaks, California, Watty became close friends with her neighbor, Jeff, who had a developmental disability. Today, she still considers him one of her “favorite people in the world.” Her friendship inspired her to become a volunteer at the Special Olympics in Ventura County — foreshadowing an illustrious career helping those with special needs.

Where else do you get to see the best of people, just working hard to make someone else’s life better?

Cal Poly’s Learn by Doing philosophy prepared Watty for the career ahead. “I had some things come naturally to me for my job, but Cal Poly helped to nurture those and focus me,” she said. “Working in groups is something the department exposes students to and something very needed in my job and in the world. I was lucky to have some fantastic professors who shared their experiences, set the bar high and pushed each student to be their very best.”

Watty gained more from Cal Poly than professional readiness — she also met her husband, Justin, who was also majoring in recreation, parks and tourism administration. They married in 2001 and have three kids: Logan, 15; Aly, 11; and Parker, 5. Today, their bustling family also includes three dogs, two cats, two tortoises and a bunny.

In her role as regional director, she oversees special events for the athletes, fundraising, volunteer coordination and working with the public. She works with a small but mighty staff, including two Cal Poly alumni. “I have the best job!” Watty said. “I get the opportunity to work with people who give their time or their money to help out people in their community. Where else do you get to see the best of people, just working hard to make someone else’s life better?”

Watty said she is constantly working to overcome the common perception that the Special Olympics is a once-a-year event — when realistically athletes compete year-round. “That means we need volunteers all year long to coach,” she said. “It also means that our funding needs are higher as we want to get more athletes doing more sports.”

The memories that she has gained along the way will last a lifetime. “I have witnessed great personal achievements by athletes and experienced vivid moments where volunteers stepped up and made an incredible impact on our athletes,” Watty said. “If you ever want to see why it is we do what we do, all you need to do is show up to a practice or event and you will see greatness being achieved.”

Under Watty’s leadership, Special Olympics in San Luis Obispo County partners with Cal Poly, working with students in the Experience Industry Management Department (formerly Recreation, Parks, and Tourism Administration), and the Engineering and Kinesiology programs. “We love working with Cal Poly students and welcome new ideas and ways to be involved,” Watty said. “I met some of the best people I know at Cal Poly, including my husband. I remain close to some of the professors I took classes from and still feel the support from the college — I hope everyone can say that, as I am grateful that I can.”