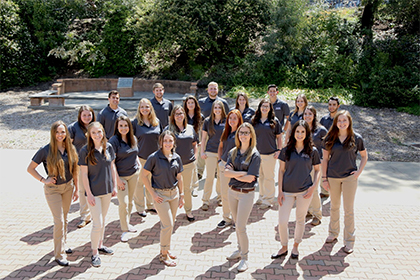 Twenty-one Cal Poly students and dozens of volunteers planned and executed the annual California State FFA Finals competition, hosted on campus May 5. More than 2,000 students from across the state attended, competing in 21 events throughout the day in categories including agronomy, dairy cattle, farm business management, fl oriculture, forestry and vet science. “I had a great experience as an FFA member attending State Finals, which led me to choose Cal Poly for my education,” said Emily Herzog, a dairy science graduate who is seeking her teaching credential. “I wanted to be able to give back to the organization while I had the chance, before I get to bring my own students to this awesome event.” 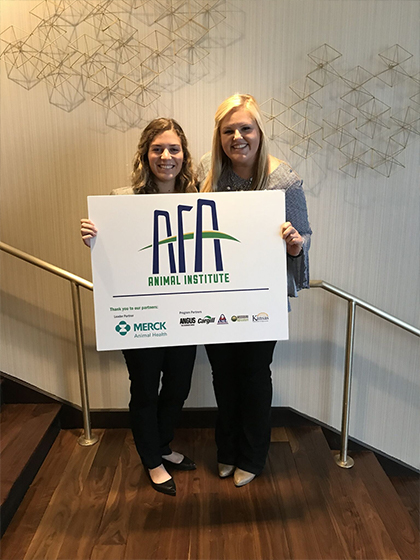 Three Cal Poly students attended the Agriculture Future of America (AFA) Animal Institute from April 8 to 10 in Kansas City, Missouri. Dairy science junior Elise Regusci, animal science senior Morgan Wonderly and agribusiness sophomore Shane Stubblefi eld attended the institute along with nearly 100 students from colleges across the country with an interest in animal health. Students visited different businesses based in the Kansas City Animal Health Corridor, including companies specializing in animal health, nutrition and marketing, among others. Other opportunities for students to network with industry professionals included an industry panel and career roundtable. 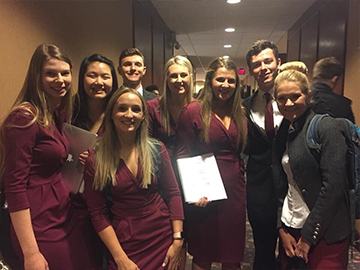 Cal Poly’s National Agri-Marketing Association (NAMA) team placed in the semi-fi nals at the annual student marketing competition in April. NAMA is the nation’s largest association for professionals in marketing and agribusiness. Each year, the association holds a competition between student chapters from universities across the U.S. and Canada. This year’s NAMA team consisted of 22 students, seven of whom traveled to the annual contest in Kansas City, Missouri with their project advisor, Professor Christiane Schroeter. Over 36 universities were represented at the competition, and Cal Poly placed in the semi-fi nals, among the top 12 universities in attendance. “The competition was an amazing experience,” said agricultural business junior Taylor Corder. “The team was not only able to expand our knowledge and meet industry professionals, but also make connections with future leaders of the industry.” 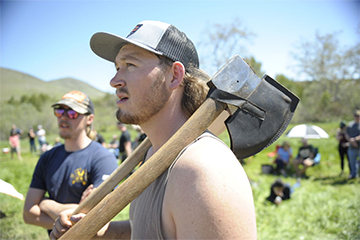 Will Kraemer, 21, a bioresource and agricultural engineering junior and president of the Cal Poly Logging Team, topped competitors from a dozen western colleges and universities at the highly competitive Stihl qualifi er in March. The collegiate lumberjacks were the best all-around competitors from each of a dozen teams attending the three-day Association of Western Forestry Clubs (AWFC) Logging Conclave hosted by Cal Poly. The competition is the largest collegiate timber sports competition west of the Mississippi. In the Stihl qualifi er, collegiate athletes competed in four disciplines: standing and underhand block chops with an axe, single buck with a cross-cut saw and stock saw, a speed-event done with a chainsaw. Kraemer won three and took second in the underhand chop. He will join the winners of four other regional qualifi ers (as well as three wild card selections) from campuses throughout the U.S. when the best lumberjack athletes — collegiate and professional — in the country return to Milwaukee from July 27 to 29 to thrill fans with amazing athletic performances in the Stihl TimberSports Series Championships. The event draws some 15,000 fans. The competition will air on ABC in October, with re-airs on ESPN2. 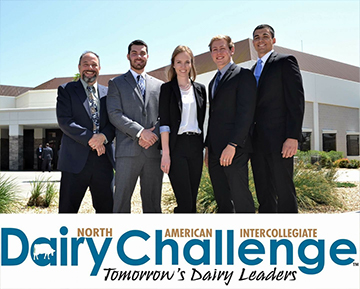 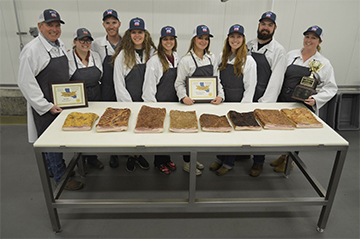 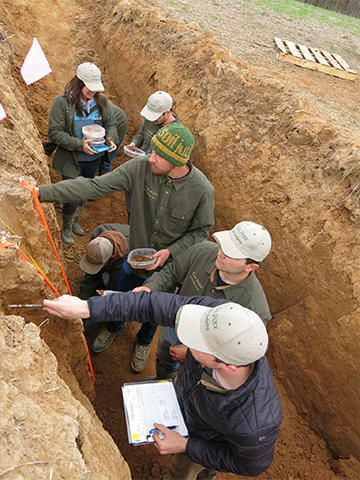