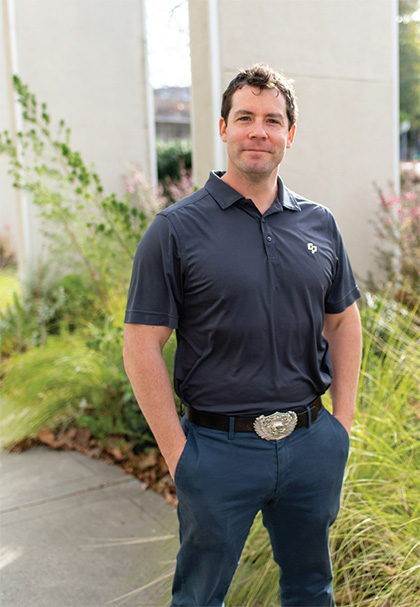 Ricky Volpe, associate professor in the Agribusiness Department, teaches classes on food retail and supply chain management focused on the grocery sector. Prior to joining Cal Poly in 2014, he worked as an economist at the Department of Agriculture’s Economic Research Service in Washington, D.C. Volpe is interested in better understanding the impact that the food retail sector has on other industries, such as transportation, construction and labor markets — which led to a recent study published in California Grocer magazine on gender pay inequality. While the California grocery industry has shown progress in closing the gender pay gap, on average, men still earn more than women.

A: Controlling for all the factors that go into determining wages, there is no reason that men and women should be paid differently. Nevertheless, in the California grocery industry, women made about 82% as much as men, as of 2018. I think it’s important to dig into the numbers and figure out why this significant gap persists. Much of the pay gap is probably explained by differences in the jobs being held by men and women, respectively.

Q: How is the pay gap different in the California grocery industry than other retail sectors?

A: The gender pay gap in the California grocery industry is significantly lower than in other retail sectors. And importantly, over the past 25 years, it has continued to shrink in the grocery industry while remaining flat in the rest of retail. The bigger question is why, and I don’t have those answers yet.

Q: What can be done to help reduce the gap even more?

A: Turnover is higher for women than for men. That probably goes a long way in explaining the gender pay gap. Men, on average, remain longer in their positions in the industry and are accordingly more likely to receive pay raises and promotions. I think the California grocery industry, and our industrial sector in general, needs to work to understand why this gap in turnover persists and needs to assess if there are elements of the corporate culture, benefits structure, or working conditions that need to be addressed.

Q: What can other industries learn from the grocery industry when it comes to gender pay equality?

A: The grocery industry has seen a lot of progress in recent years in terms of gender equality in leadership positions. Women are increasingly holding highly visible executive positions throughout leading food retail companies and the industry’s trade associations.