Rooted in Our History - Cultivate Spring 2020 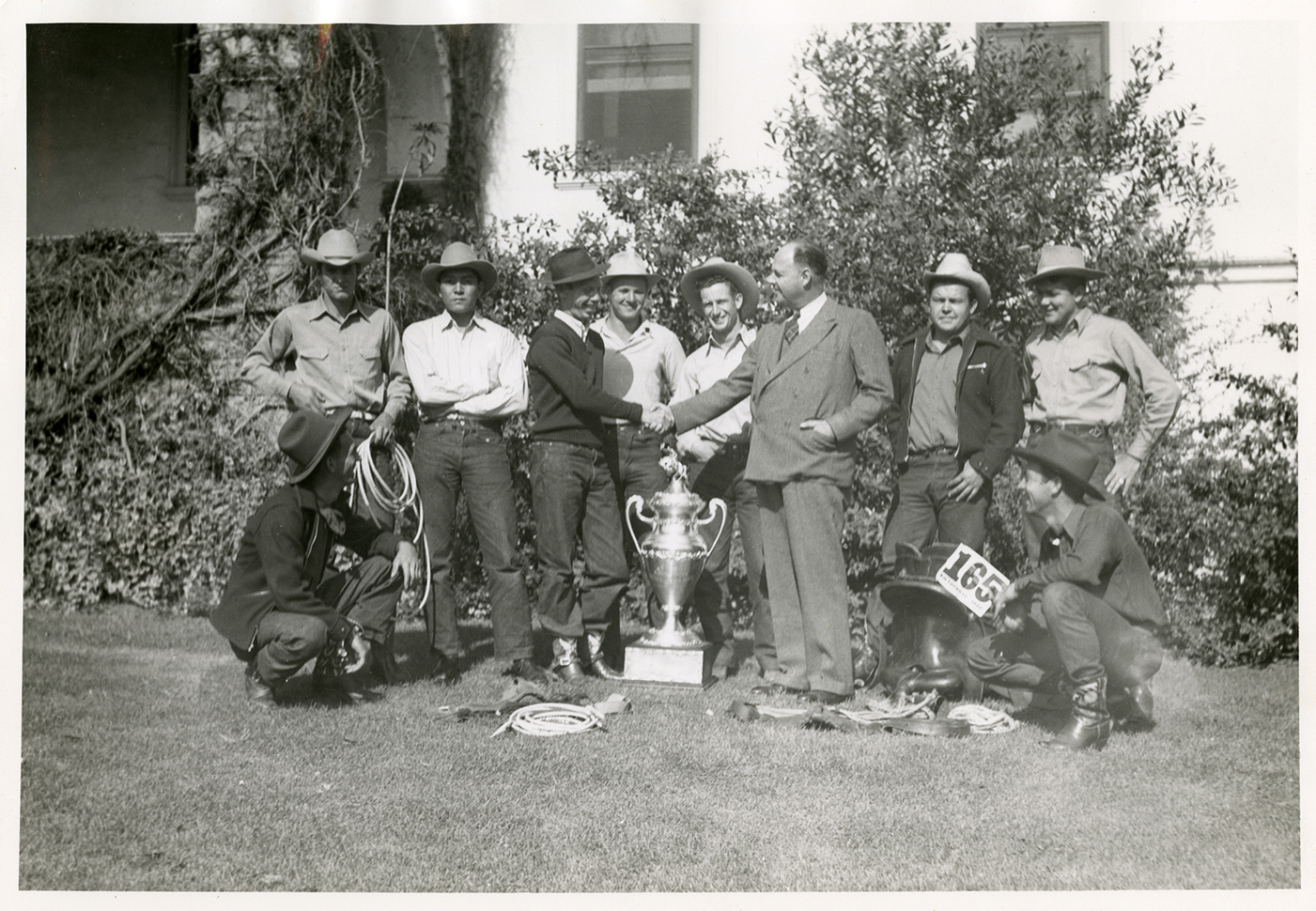 The Poly Royal Rodeo has grown from humble roots to become the largest collegiate rodeo performance in the country.

In 1940, Cal Poly students organized the first collegiate rodeo on campus as part of the annual open house known as Poly Royal. An annual event since 1933, Poly Royal — billed at the time as a “country fair on a college campus”— brought alumni, local families and campus sponsors to campus to learn about the school’s activities. The rodeo was a natural fit for an event that was organized originally by the Cal Poly chapter of the Future Farmers of America, now known as FFA.

The idea of a collegiate rodeo was not without challenges. Students had organized smaller rodeos on campus prior to 1940, but this would be the first large collegiate rodeo. Then-Cal Poly President Julian McPhee and other administrators worried about the liability and risk to the campus, and the fact that there was no dedicated space designed for the event. However, the students worked hard to develop an event that ultimately set the stage for a successful program that would become an annual tradition.

In preparation for the April event, students converted the baseball field in the northwest corner of campus into the rodeo grounds (about where Kennedy Library stands today). The arena built by the student contestants consisted of three chutes for riding events and one roping chute. The lineup included nearly 70 Cal Poly students competing in steer roping and riding, tie down roping, and team roping. The rodeo, which was broadcast over the San Luis Obispo KVEC radio station, concluded two full days of events, which included campus tours, livestock judging, baseball games, dances and barbecues. The rodeo was declared the most popular event of the entire weekend.