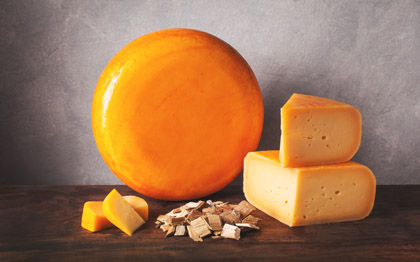 Cal Poly earned a third-place award for its student-produced Grand Gouda against some of the top cheesemakers in the nation in the 2019 U.S. Championship Cheese Contest in March. The university also placed fifth with its Smoked Gouda. The contest, held every other year in Green Bay, Wisconsin, is the nation’s largest and most prestigious technical cheese judging competition. This year, a record 2,555 entries from 35 states competed for awards in 116 classes of cheese and butter. Much of the credit for Cal Poly’s success goes to students in the College of Agriculture, Food and Environmental Sciences, about 20 of whom work part time in the dairy plant and help manufacture cheeses and other products, such as chocolate milk and ice cream.

“This award is validation of Cal Poly’s Learn by Doing philosophy,” Creamery Operations Manager Tom Johnson said. “In the end, it’s about providing valuable student experiences. Our students produce and care for everything we manufacture. The skills and knowledge they gain in the process will serve them well, no matter what path they ultimately choose.” 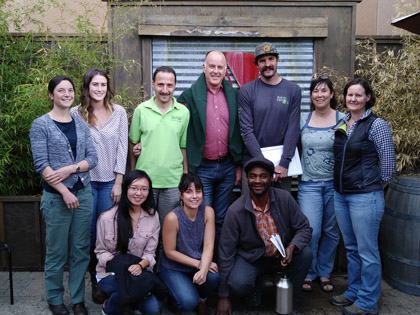 Cristina Lazcano and Charlotte Decock, assistant professors in the Natural Resources Management and Environmental Sciences Department, completed the first year of a three-year Healthy Soils Program project funded by the California Department of Food and Agriculture and California Climate Investments. The research team, in partnership with J. Lohr Vineyard and Tablas Creek Vineyard in Paso Robles, is studying the effects of compost application and no-till methods on soil carbon and greenhouse gas emissions relevant to the production of wine grapes on the Central Coast. The Healthy Soils Demonstration Project, funded by a three-year $200,000 grant, was inspired by Cal Poly’s industry partners who are seeking information about the benefits of management practices for soil health. In conjunction with the project, the Cal Poly research team held two demonstration field days showcasing agricultural practices for soil health, the most recent held in June at Tablas Creek Vineyard. To be notified about future Cal Poly Healthy Soils Project demonstration days, please email cfs@calpoly.edu. 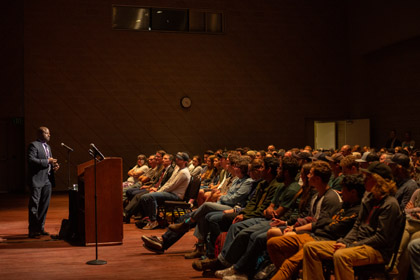 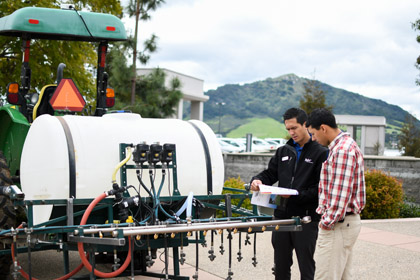 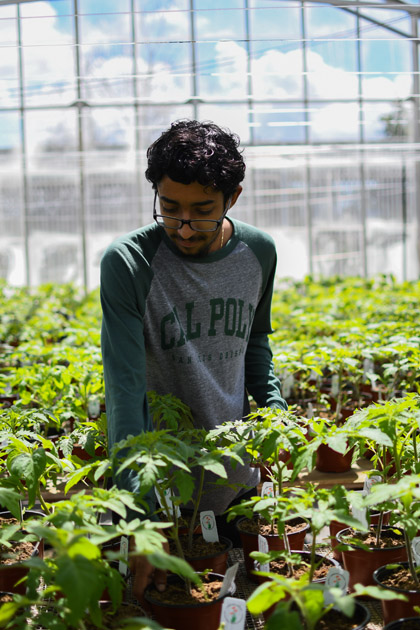 Two separate student enterprises, Tomato Spectacular in April and Succulentopia in May, showcased student grown products. More than 70 different types of tomato plants were sold at Tomato Spectacular, with more than 5,000 plants grown from seed in campus greenhouses by a team of six students. “Tomato Spectacular really embodies the Learn by Doing philosophy at Cal Poly and gives students the opportunity to get involved directly in the industry and experience hands-on learning,” said Beth Funke, a junior agricultural and environmental plant sciences major. “There are so many different dynamic aspects of working in agriculture, and being involved in the tomato enterprise demonstrated that developing social media skills to sell the plants was just as important as growing them.” 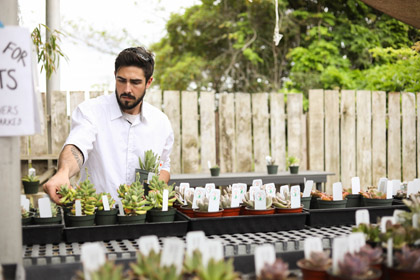 At Succulentopia more than 100 varieties and 4,000 succulents were sold, with five students overseeing the project. “We have an incredible student succulent crew that handles every aspect of the growing process, including propagation, fertilization and pest management,” said Karianne Rydberg, a senior agricultural and environmental plant sciences major who oversaw the student production team. “Working on this project was a great supplement to my coursework because it gave me a practical application for the things I have leaned throughout my time at Cal Poly.” 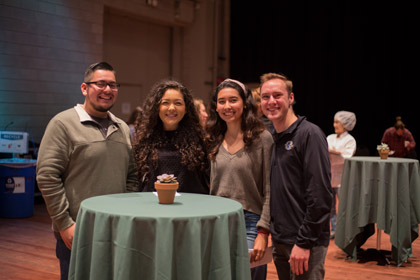 The College of Agriculture, Food and Environmental Sciences hosted the Aspire to Grow Conference on March 1, exploring innovation in food and agriculture. The symposium, supported by industry partners including lead sponsor Nutrien Ag Solutions, focused on new technologies and developments and the role diversity of thought and experience plays in achieving these. Keynote speaker Ebony Webber, chief officer of operations for the National Society for Minorities in Agriculture, Natural Resources and Related Sciences, was joined by seven featured speakers for two separate panel discussions aimed at creating a forum for students to learn from and network with companies for which diversity and inclusion are an essential part of their visions, and that have recognized that workplace diversity increases productivity, innovation, and other factors that provide a competitive edge.